Courtnay McFarlane, a Toronto-based visual artist, poet and community worker says “Legacies in Motion: Black Queer Toronto Archival Project – See We Yah!” an exhibition he has curated for the Myseum Intersections 2019 festival, was inspired by a presentation he heard in 2017.

McFarlane was listening to Ajamu Ikwe-Tyehimba, a London-based art photographer, archive curator and visual activist who was talking about his work documenting the lives and experiences of Black LGBTQ people in the UK at OCAD University in 2017, when the thought crossed his mind that he could do the same here in Toronto.

Collaborating with friends, networks and the Canadian Lesbian and Gay Archives he made it a reality as part of Myseum’s Intersections 2019 festival of art, culture and intersectionality.

This year’s theme, Revisionist Toronto, “revisits and re-imagines some of the dominant narratives that shape our understanding of the city. Projects featured in this year’s festival explore lost or hidden stories that have been paved over and forgotten, and seek to reclaim important perspectives from Toronto’s past.”

As a founding member of a number of Black queer groups and organizations in the early 1980s and 1990s, such as Zami, Sepia and AYA Men, McFarlane was involved in the vanguard of activism in this city.

They provided voice and visibility for Black LGBTQ2 individuals and issues, he said.

“During those years, we were actively engaged in challenging oppression and discrimination through political activism, as well as the creation of spaces of resistance, affirmation and creative expression. This activism in many ways laid the foundation for events, organizations and movements addressing Black LGBTQ2 communities today,” says McFarlane in an interview in Xtra! in February.

The exhibition unearths the stories of the vibrant period of political organizing and cultural activism from the Black LGBTQ communities in Toronto in the 1980s and 1990s.

The opening reception for the exhibition was held last night at Black Artists’ Networks Dialogue (BAND) in Parkdale attracting many patrons to the two-storey historic brick building. DJ Blackcat, who has played at many Black LGBTQ events over that period, was on the wheels of steel providing some classic House, Soul, Funk and other genres at the event.

When one enters the building, McFarlane ensures that the curatorial statement welcomes visitors.

“The title of Zami’s 1986 newsletter from which this exhibition takes its title, See We Yah! doesn’t neatly translate from Jamaican patois to just “see us here”. It has multiple readings. It’s an imperative -- a demand to be seen and recognized – an assertion of our presence. It is a challenge, to those seeking confrontation, to bring it on. In a gesture, it could be the palm of the hand slapping one’s chest in a defiant standing of ground. See We Yah can also be an invitation, a welcome to join, be part of and among others in a group, a family, a movement. See We Yah is at once a calling out, and a bringing in, a beckoning to those seeking safety, belonging, and home.

“See We Yah, both then and now, counters absence, erasure and ‘isms and ‘phobias. The exhibition is an assertion of presence and a claim to visibility. It documents our love and our efforts to, as one contributor described it, change the world and “make our own lights shine”,” notes the curatorial statement.

The exhibit opens on the ground floor with reminders of political activism and social justice causes – the credo of De Poonani Posse, volunteers of the Black Coalition for AIDS Prevention (Black CAP) at the Walk for AIDS, Black gay and lesbian publications, posters of various events, t-shirts with slogans, hats with Adinkra symbols, and banners.

There’s even the programme of the memorial service held for a loved one on display.

The black-and-white photos on the walls boldly capture the love, pride and joy of the people in them. 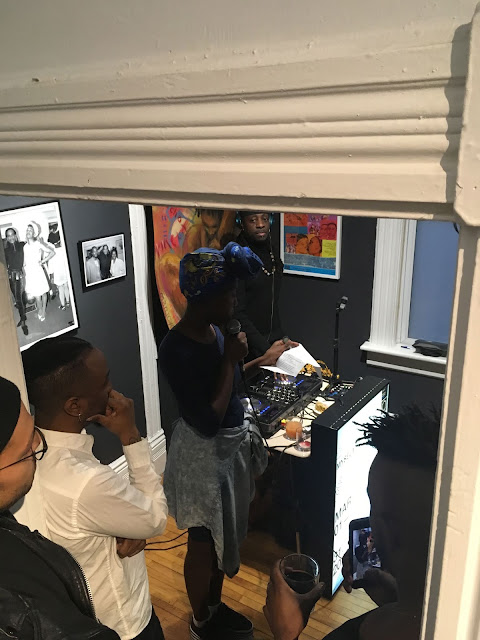 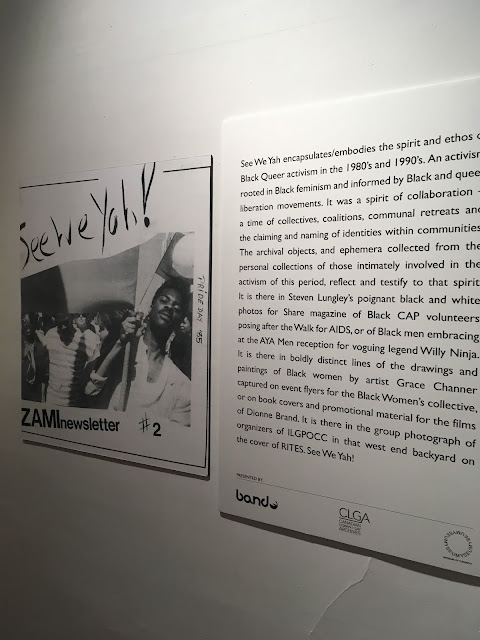 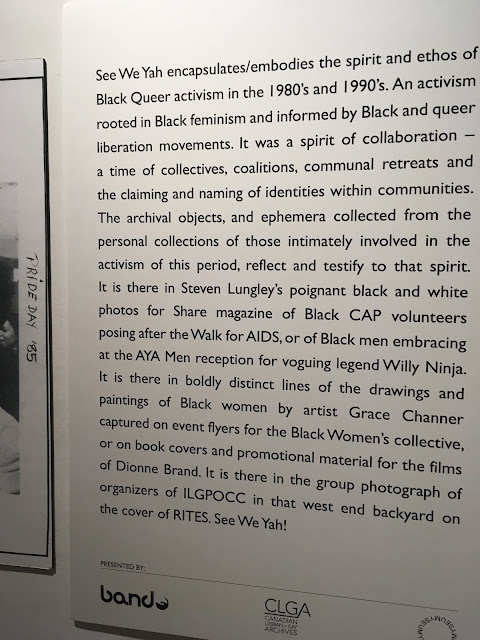 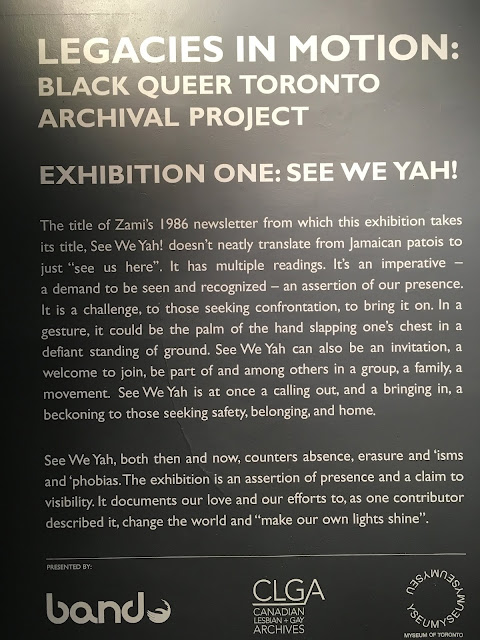 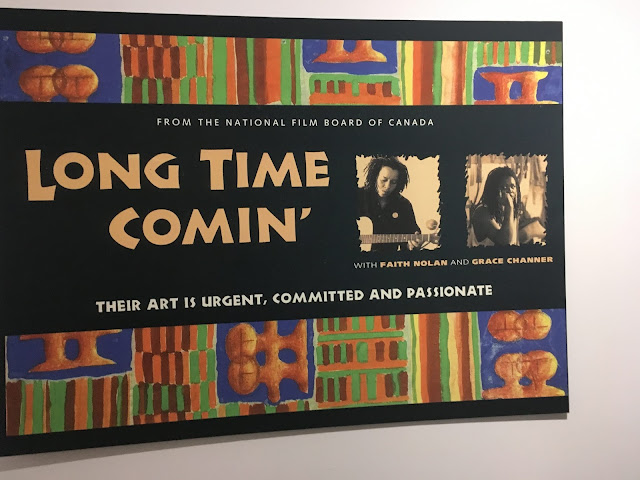 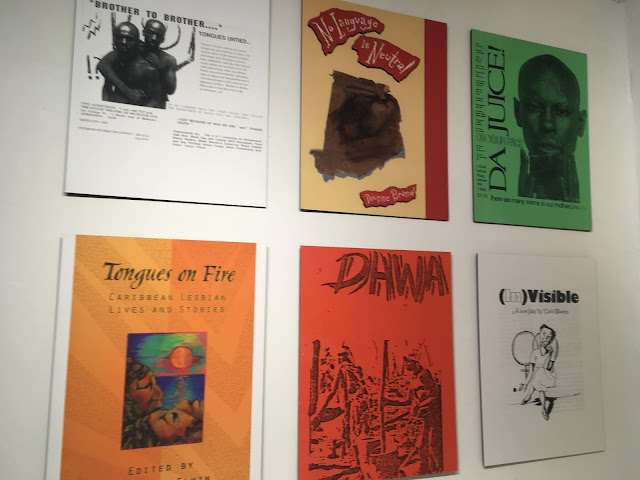 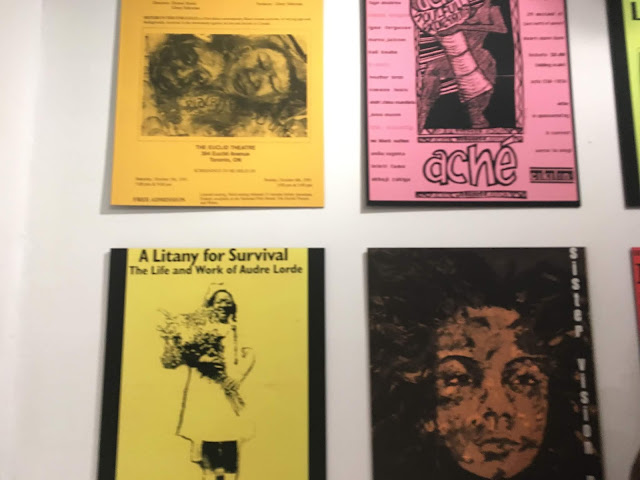 Just up the stairs are two rooms – one with posters of publications and events, and literature pertaining to Black LGBTQ2 lives, and just outside the other room sits a display case with a copy of  a Zami newsletter, the AYA Men banner and other mementos.

Inside the other room are photos, posters and photo albums of various social events, whether they are parties at The Red Spot, Blockorama during the annual Pride Toronto Festival, presentations, outdoor events or excursions.

Visitors can sit at a table in the centre look through three or four albums capturing ordinary moments yet history-making in the statements they make about the Black queer communities then, and the possibilities for now. 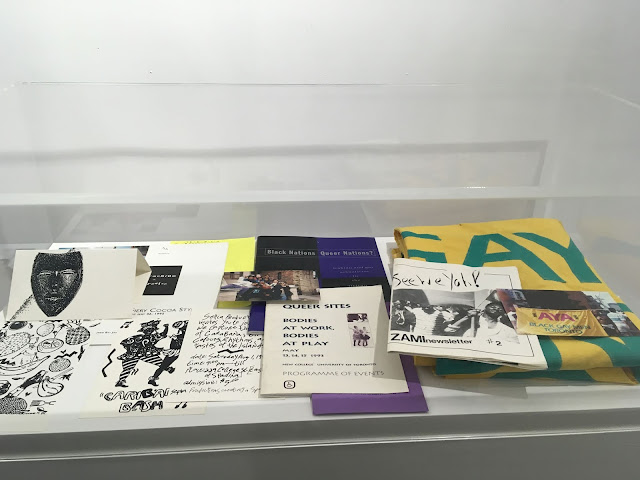 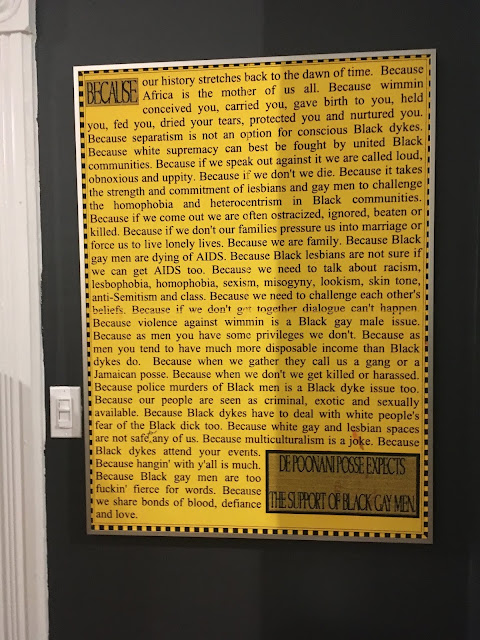 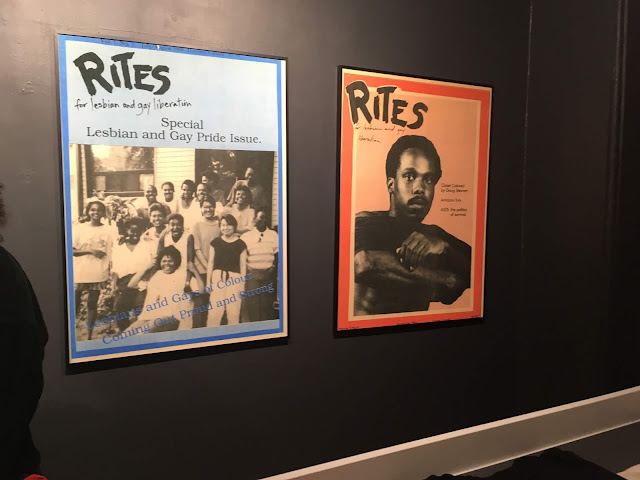 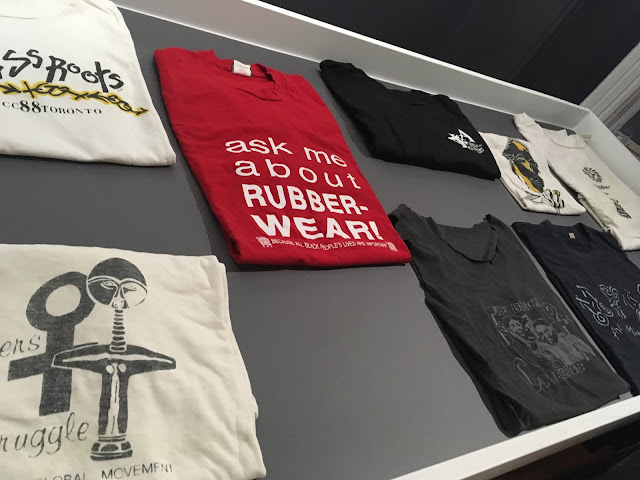 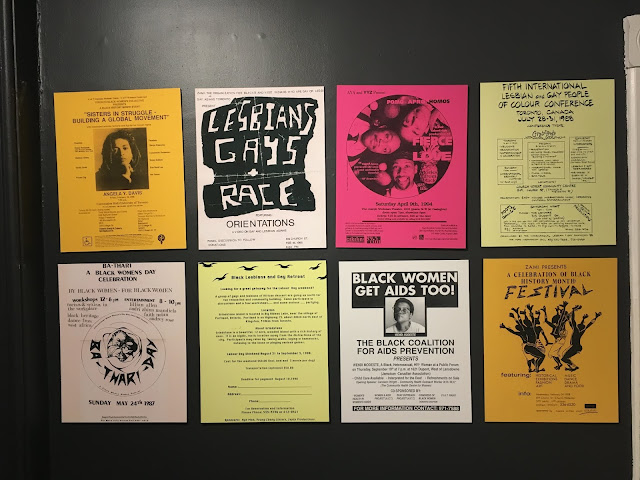 Legacies in Motion: Black Queer Toronto Archival Project -- See We Yah! runs until April 7 and is complemented by dialogue sessions with artists Grace Channer and Syrus Marcus Ware on Sunday, March 17, 3:00-4:00 p.m. exploring Art and Activism, and on Sunday, March 24 the dialogue with Douglas Stewart and Sebastiao Dinguana-Sivuilu will examine HIV and AIDS – Then and Now. 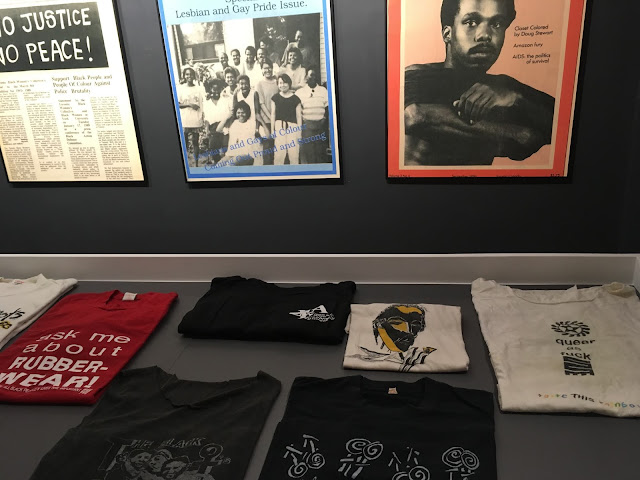 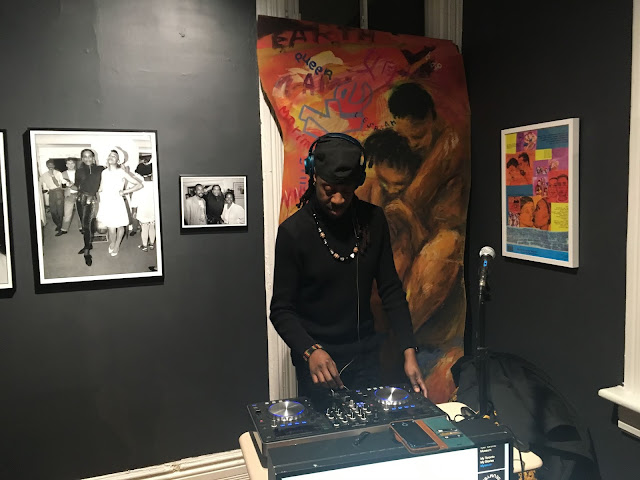 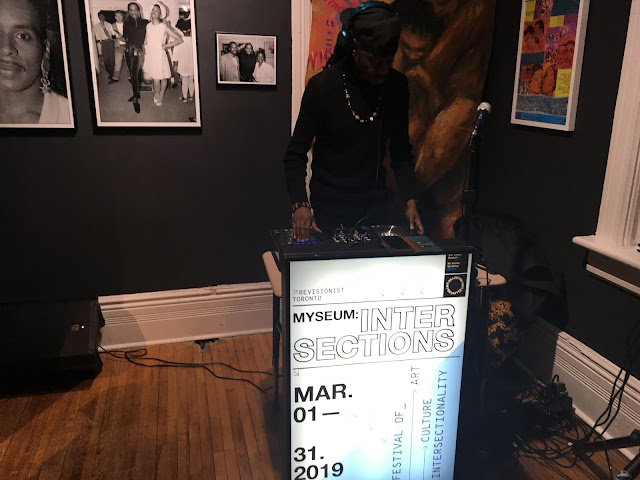