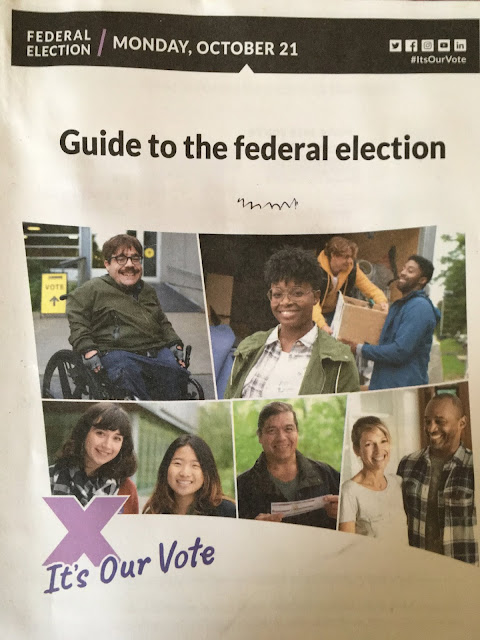 The Liberal Party of Canada says it will make applying for Canadian citizenship free for permanent residents.

This is outlined in its 2019 campaign platform “Forward: A Real Plan for the Middle Class” that was unveiled by Justin Trudeau on September 29 in Mississauga, Ontario.

“With the right supports, immigrants are able to get to work, help build up our communities, and grow our local economies in short order. But arriving in Canada is just the first step on a long journey to citizenship,” it states.

The Liberals say becoming a citizen allows new immigrants to fully participate in Canadian society, and the process of granting citizenship is a government service, not something that should be paid for with a user fee.

“To make citizenship more affordable, we will make the application process free for those who have fulfilled the requirements needed to obtain it. We will continue to welcome more people to Canada, with a focus on attracting highly skilled workers.”

The party says immigration helps to make Canada more diverse – and more successful. It noted that in communities across the country, new Canadians work hard – “teaching our children, caring for us when we’re sick, starting new businesses, and creating good jobs.”

These contributions are needed now more than ever before. As people in Canada grow older and family sizes grow smaller, many businesses and communities struggle to find enough workers, putting the services people rely on – and Canada’s strong economy – at risk, the party says.

“To keep our economy strong and growing, we will move forward with modest and responsible increases to immigration, with a focus on welcoming highly skilled people who can help build a stronger Canada.”

If re-elected the Liberals will also continue to work with the government of the United States to modernize the Safe Third Country Agreement.

Meanwhile, the Conservatives say they will set immigration levels consistent with what is in Canada’s best interests.

Andrew Scheer says he will work to immediately restore fairness, order, and compassion in the immigration system.

“I will safeguard and emphasize economic immigration. I will stand up for families and ensure that spouses and children can be reunited. We will improve language training to ensure greater proficiency in English or French and newcomers’ ability to succeed economically and socially.”

The Conservatives say they will ensure that the system “prioritizes people facing true persecution – focus government sponsorship on the victims of the four atrocity crimes – and restore integrity to our system by supporting the consistent application of fair rules.”

They plan to “close the loophole in the Safe-Third Country Agreement that allows some people to skip the line and avoid the queue” and said they will do more to promote private sponsorships of refugees.

Meanwhile, the NDP says it will make sure that ther immigration policies and levels meet Canada’s labour force needs and recognize people’s experiences, contributions, and ties to Canada.

It plans to work with the provinces to address gaps in settlement services and improve foreign credentials recognition.

New Democrats say family reunification should be a priority and they will end the unfair cap on applications to sponsor parents and grandparents, and take on the backlogs that delay reunification for years.

The party says it will protect newcomers by taking on unscrupulous immigration consultants, ensuring that the industry is regulated by the government.

“As the world experiences an unprecedented refugee crisis, Canada also has a vital role to play in resettling people forced out of their homes by conflict, persecution, and disasters. But under the Liberal government, the backlog of asylum seekers is set to more than double in the next few years.”

It says a New Democrat government will fix the system to get rid of the backlog and work with Canadians to resettle refugees in our communities and ensure that they are given the support they need to build successful lives and new homes here in Canada.

They will also “promote safety, security, and efficiency in Canada’s border communities by suspending the Safe Third Country agreement with the United States, allowing people to make asylum claims at official border crossings.”

In the meantime the Greens say Canada must review its immigration policy, especially with the demographic imbalance escalating to the point where younger generations will be required to bear the burden of supporting an aging population.


“A Green government will make sure that all migrants are supported in achieving their hopes and ambitions as new Canadians.”

The party says it will ensure professionals being considered for immigration have the licensing requirements for their professions clearly explained before entry.

It would also work with professional associations to create a robust system for evaluating the education and training credentials of immigrants against Canadian standards, with the goal of expediting accreditation and expanding professional opportunities for immigrants.

The Greens would eliminate the Temporary Foreign Workers Program and address labour shortages by increasing immigration, working with employers to establish paths to permanent residency.

It would establish a program to process the estimated 200,000 people living in Canada without official status, providing a pathway to permanent residency for those who qualify.

The party would also terminate Canada’s Safe Third Country Agreement with the United States.
The Greens would improve the pathway for international students and foreign workers to Canadian permanent residency and citizenship.

In its platform the party says it will speed up family reunification, especially reuniting children with their parents, and increase funding of multicultural associations providing immigrant support programs including language programs.

[An edited version of this story has been published in the North American Weekly Gleaner, October 10-16, 2019.]
Posted by anglescovered at 07:41