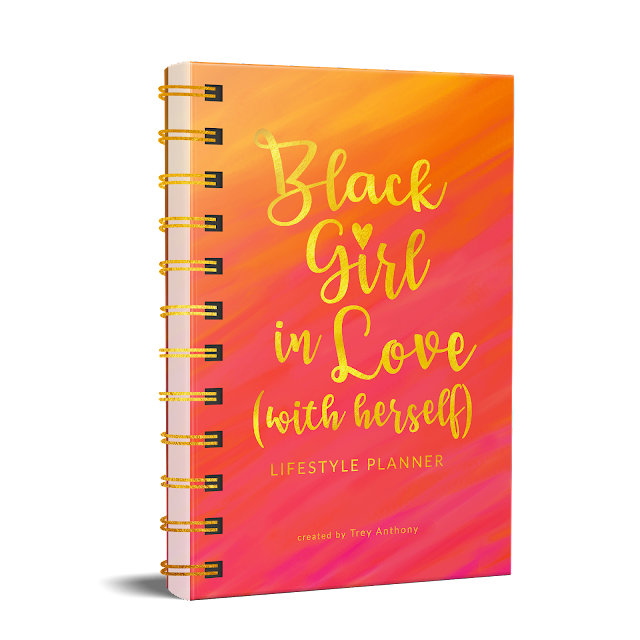 Playwright, Trey Anthony, has embarked on a new enterprise with a publication that is out just in time for the Christmas holiday.

Her first book, “A Black Girl In Love (with Herself)” is a “sexy lifestyle planner” that “celebrates diversity and speaks to the challenges and triumphs contemporarily recognized as #blackgirlmagic.”

Anthony had written an article for the Huffington Post entitled “A Black Girl in Love with Herself” which was shared many times.

“It was just an article about me coming to the realization -- after so many failed relationships -- of what I had found out for myself, that I couldn’t expect somebody to show up fully actualized and wanting to love me if I wasn’t that person myself.”

She says the article talks about the lessons that she learnt, like how a person carries their history from their childhood. People kept asking her where could they find it or get a copy.

The idea was formed from there and Anthony decided to expand it and put it in a book so people could have it “and have daily reminders and affirmations, and black women can see themselves.”

“It was really, I feel, like a project about self-love,” she says.

Anthony thought about what a person would use everyday and came up with the idea of a planner or an agenda.

“It’s a combination of a self-love poem and messaging but also a practical use to it as well as a planner.”

Every year Anthony would buy a planner to write down her goals and her meetings,   what’s important to her and the things that she needs to do.

“Every year that I bought one I became frustrated with it as well because there was nothing that really spoke to me fully as a black woman. I would sometimes cut out some pictures of black women and put them in my planner. I would write down quotes that I’m inspired by and usually they were by black women as well. And I would put them all in the book and I would kind of make my own planner. And every time I took my planner out somebody would ask me where did you get it from.”

She saw that there was a need for planners “that showed us, that inspired us, that had images by us and that could speak to us.”
She has ‘bad gyal’ quotes – she doesn’t call them inspirational quotes -- in the planner because that’s what she would always reference them to people.

Anthony says out of everything she has done, this was a labour of love which spoke to her on multiple levels.

“This is a love letter I think for black women, something that all black women should have.”

Anthony says orders for the book are going well and she’s surprised that people are buying them in bulk.

“When I was doing the planner I was thinking that it would more appeal to black women of a certain age. I’m realizing that people are buying them across the board  for the black women and girls in their lives and saying it’s an important book to have. Some people are even saying they think this is going to be like a classic kind of masterpiece that is going to be worth money years to come,” says Anthony with a laugh.

Anthony thinks there’s a new wave in the air – the black girl magic – “and women really wanting to see themselves and demanding to see knowing that we don’t have to settle.”

“It’s been a learning curve. I’m learning about the book industry, about printing, about publishing, I’m learning about e-commerce -- stuff that I had no idea. And definitely this is something that I feel like I’m going to come out with every year,” she says about being an author.

Anthony started her entrepreneurial journey as a comedian and has been an actor, and the award-winning playwright and producer of  “‘da Kink in My Hair” which debuted in 2001. She is also a popular TEDx speaker.

She will promote the book with a speaking tour in 2018 in Atlanta, Toronto (on Feb. 3), New York and Los Angeles. Toronto and Atlanta have been her biggest selling markets.

In fall 2018, she will expand her motivational pursuits with the launch of “Black Girls on their A-Game”, a networking series, at the luxurious Henderson Beach Resort in Florida managed by BET co-founder, Sheila C. Johnson.

“The A-Game also is, I feel it’s a reflection of my own growth around wellness and self care and love. And I think anytime something works for me I try to give it to the masses as much as possible,” says Anthony who was a guest at the hotel last year.

Anthony is also at work on the feature film adaptation of her most recent play, “How Black Mothers Say I Love You,” which will be directed by acclaimed filmmaker, Clement Virgo (The Book of Negroes).

They are hoping to start shooting by the end of 2018.