Thinking About Authors, Books, Reports, Events, and the City of Toronto 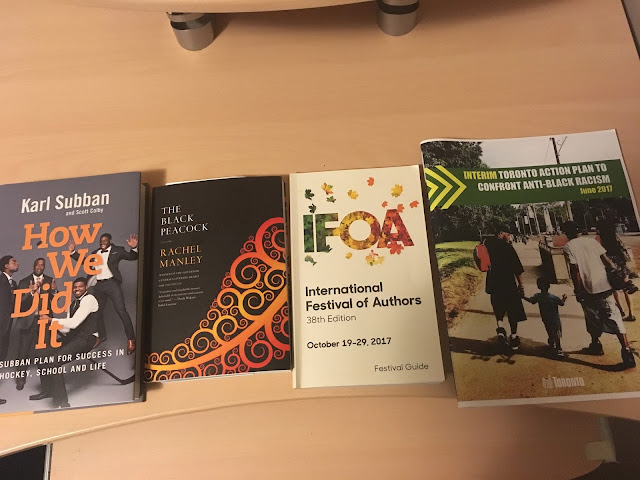 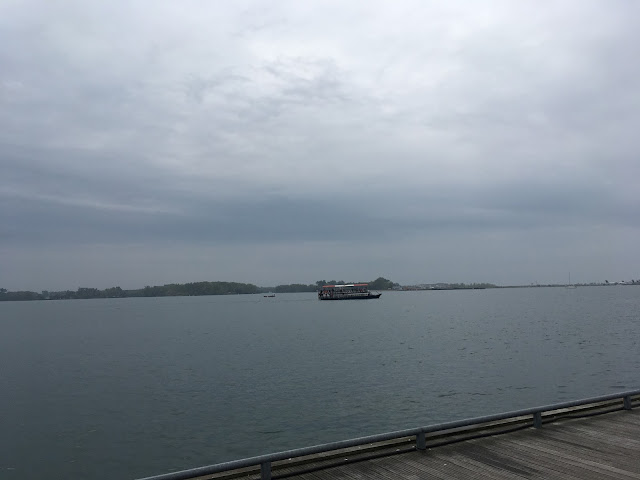 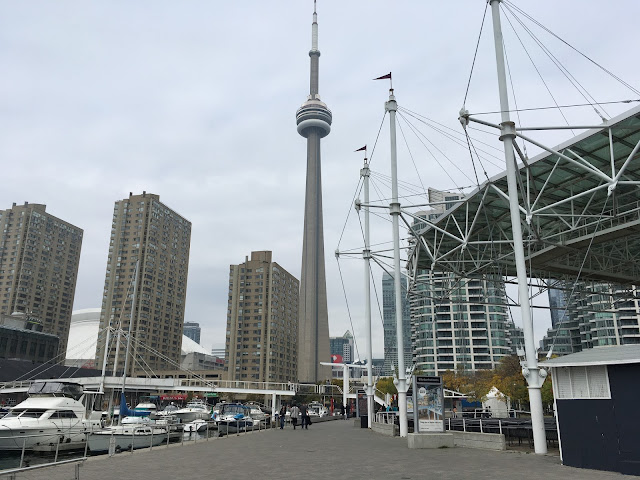 This is the season of authors and books, and hearing from publishers about more books. (smile)

Yesterday (Oct. 14) was very grey and while down at the Harbourfront Centre for dance Immersion’s “Movement in Time” celebrating Canada’s 150th anniversary – “showcasing dance within a diverse community from the African Diaspora” – I picked up a copy of the International Festival of Authors, October 19-29, 2017 festival guide to see which Black, Caribbean and African authors are being featured this year.

Before the show started at the Harbourfront Centre Theatre at 1:00 p.m., I was by the boardwalk looking out at the Toronto Islands but also perusing the guide.

Here’s a quick synopsis of some of what’s coming up during the festival:

Oct. 21, 4pm – “Poetic New Worlds” at Studio Theatre with Dane Swan (writings include poetry, prose and editorials on literature and popular culture), Michael Fraser (teacher, poet and writer) and others.

Oct. 21, 5pm, Lakeside Terrace. Ian Kamau is a writer, music maker and designer: an artist who believes in the pursuit of actualization, especially by marginalized individuals and groups. Kamau will participate in a special event. Canisia Lubrin, who serves on the editorial board of the Humber Literary Review and on the advisory board of the Ontario Book Publishers Organization, will also participate.

“Come Rhyme with Me” -- Oct. 21, 7-9pm, Main Loft, $10 – “Enjoy a night of rhyming, rice and peas with Dean Atta and Deanna Rodger alongside a menu of performers chosen for their wit, wisdom and their ability to move you. For all lingual lovers, slammers, singers and rappers, this spoken word explosion is presented as a dining experience with a set menu of performers. The evening will have an open mic at the start and a distinctly relaxed Caribbean feel with a delicious meal.” It is presented in partnership with the British Council Canada and Toronto Poetry Project.

I didn’t know who Dean Atta and Deanna Rodger were, but luckily their bios are also in the program. Atta is of Jamaican and Greek heritage, born in London, UK, whose poem, “I Am Nobody’s Nigger,” was published by the Westbourne Press. He was named as one of the most influential LGBT people in the UK by the Independent on Sunday Pink List. Rodger, who is of Jamaican/Scottish heritage, is an international writer, performer and facilitator. She co-curates two leading spoken word events: Chill Pill and Come Rhyme With Me.  Rodger teaches the Writing Poetry for Performance module within Benjamin Zephaniah at Brunel University.
Both artists will participate in a free “Toronto Poetry Slam” at Lakeside Terrace on Oct. 20 at 7pm.

Oct. 22, 4pm, Brigantine Room. “Relate and Reflect” – Rachel Manley will read (I’m assuming from her new book, “The Black Peacock.”) At 5pm, she will be signing copies of her book.

Oct. 24, 2-3pm, Lakeside Terrace -- The Children’s Book Bank Book Club @ IFOA, a free event, will be held at the Lakeside Terrace. Dwight Drummond will moderate a conversation between the kids and the author of October’s featured read.

AND, check out Cynthia Reyes’ new children’s book, “Myrtle the Purple Turtle.”
The story is about a turtle who learns to love and accept herself for being different. It’s also about friendship and inclusion and -- believe it or not -- it’s also quite funny in parts. Cynthia wrote this story for her younger daughter, Lauren, when she was 4 years old and was bullied for being different.

The book debuted on amazon.ca as the #1 Hot New Release in children’s book and the #1 in its category. 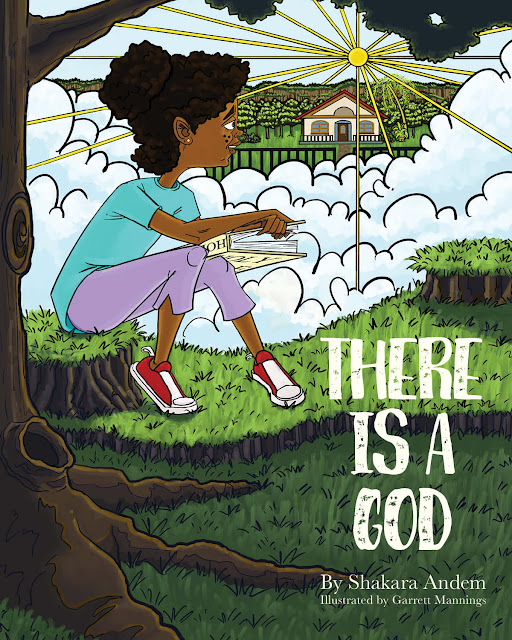 Jessica Alex of Upon A Star Books sent me an email introducing author, Shakara Andem, to me.

“Shakara recently published a children’s book entitled, There Is a God, which was inspired by true events in Shakara’s life. Jamaican born and raised, Shakara spent the beginning of her childhood as an orphan. Her young mother left her as a baby, and for years she stayed in a children’s home.

“As an adult she has built a life for herself here in Canada, working with children, something that she is very passionate about.

“She has since learned that her childhood experience was a process, and now has a close relationship with her mother. These experiences have taught her the importance of trusting God, even in times of adversity.

“Her purpose in writing, There Is a God was to give hope to others and to teach children the importance of faith and prayer; something that she believes has brought her to where she is today,” said Alex in the email.
I am looking forward to meet Shakara and her new book.

I’m reading Rachel Manley’s “The Black Peacock” and Karl Subban's and Scott Colby’s “How We Did It: The Subban Plan for Success in Hockey, School and Life” now. Enjoying both.

“On Thursday, frustrated members of the Somali-Canadian community came together to demand an end to the violence and call on Children and Youth Services Minister Michael Couteau to visit the area, which many community members say are lacking in services for youth,” said a CBC report, noting that Coteau is willing to meet with the community.

I conducted some interviews with community stakeholders for the City’s report and now I’m reflecting on one with Juliet Allen, program director of Delta Family Resource Centre, which works primarily with Somali youth. I’ll share some of her insights in a story soon.

I had posted on Facebook that I’m working on a story about how the Black, Caribbean and African communities in Toronto are being affected by the opioid and fentanyl crises in the city. It’s coming along slowly but I got an email last night that should move things along quickly this week.

SOME UPCOMING EVENTS IN THE GREATER TORONTO AREA 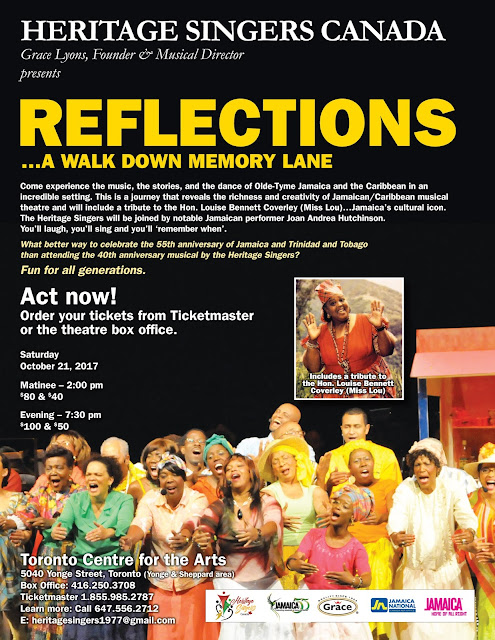 A PRESS RELEASE FROM THE HERITAGE SINGERS

Toronto, ON— For four decades, the Toronto-based Heritage Singers Canada has been entertaining Canadian and international audiences with a rich repertoire of Caribbean folk songs and songs from Ghana and South Africa.

On October 21, 2017 at 2pm and 7:30pm, the women and men of the Heritage Singers will commemorate their 40th anniversary with a celebratory concert — “Reflections …A Walk Down Memory Lane” — at the Toronto Centre for the Arts, 5040 Yonge St., Toronto (Yonge & Sheppard area).  This 40th anniversary journey, revealing the cultural richness and creativity of Jamaican/Caribbean musical theatre, will include a Tribute to Jamaica’s cultural icon…the Hon. Louise Bennett-Coverley (“Miss Lou”) who lived in Toronto for almost 20 years. Also appearing is well-known Jamaican writer, storyteller and poet, Joan Andrea Hutchinson.

You will sing or hum along to the medley of Jamaica’s award winning Festival Songs, and the nostalgic Mento music played on the authentic rhumba box -- a favorite among visitors to the island. A touch of Hakka and Mandarin songs will be a first-time treat. We will reminisce together to the rib-tickling scenes from past Heritage Pantomimes.

The group’s 30 members hail from various Caribbean and non-Caribbean countries such as Ghana and Pakistan, and come together to engage in what they love to do—sing. Founding member, Valerie Laylor, says she is still enjoying the group after 40 years.

With the leadership of its founder and musical director, Grace Carter-Henry Lyons, the Heritage Singers render secular, religious, and traditional folk songs in thoroughly engaging performances. Sometimes they sing a cappella, but usually they sing accompanied by any of a variety of instruments, including the keyboard, banjo, rhumba box, steel pan, guitars, and drums. Dressed in various colourful costumes created by the group, the Singers present captivating audio-visual performances as they sing with rhythmic body movements that complement and interpret the songs and music.

“This production is one you just cannot miss! It's going to be exciting and uplifting! Come and see Kumina, a dance-ritual originated by the people of the Congo; and Quadrille, a European dance seen almost exclusively at festivals. The Quadrille originated in France at the end of the 18th Century, spreading across Europe and eventually to the colonies in the Caribbean,” says  Lyons.

In one peppy, captivating song, guests at a Caribbean wedding ask their host for rum and wine. Instead, he gives them ginger beer, and the disappointed guests wail, “Oh, Oh, Oh, Mr. Murdoch! What a burning shame!”  (http://heritagesingerscanada.com/music-folk-spiritual-revival-heritage/  Folk Song #5)

Heritage Singers Canada is a Toronto-based, non-profit, volunteer organization, dedicated to the development, promotion, and appreciation of Caribbean and African folk songs. Members come from diverse cultural backgrounds, and the songs are sung in various languages—Jamaican dialect (usually called patois), English, Ghanaian, French, and Spanish. Since 1977, the choir has introduced this aspect of cultural heritage to International Folk Festival audiences in Holland, Germany, Taiwan, Mexico, Venezuela, the United States, and Canada. 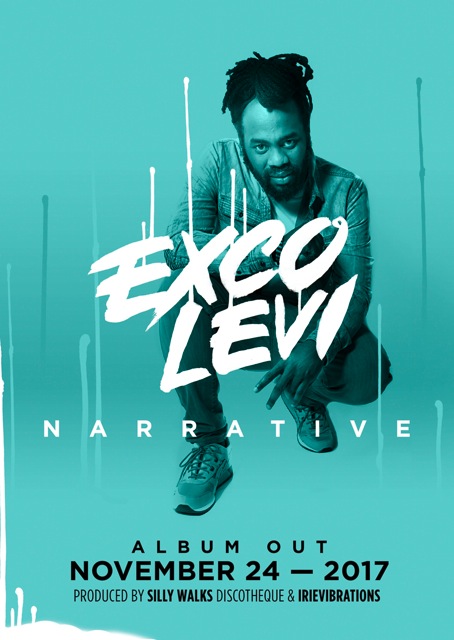