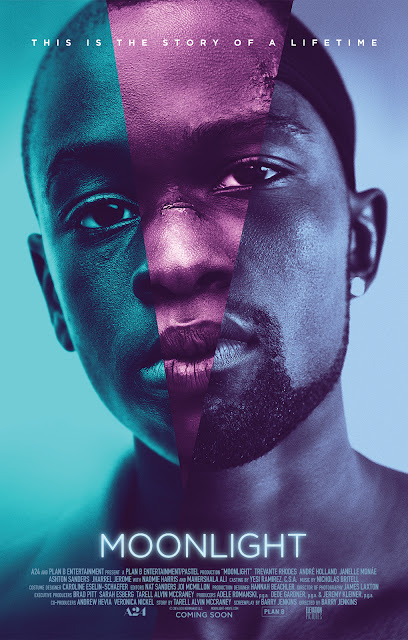 He says for a film of this small scale, this is quite remarkable and he thinks it will pick up some awards this weekend.

The 89th Academy Awards or “Oscars” will be held on February 26 in Hollywood.

“If you’re a movie fan, you’ll see some of the influences that shaped Barry Jenkins as he was making this film. This is only his second feature film. His first film was called “Medicine for Melancholy,” a very low budget romantic comedy that we also showed at the festival. It was made for $15,000. This new film, “Moonlight,” was made for $1.5million US. If you know anything about movie budgets you will know that is miniscule. The film has already grossed $22.2 million.”

He described Jenkins as being very efficient, making movies on a small scale but telling “big stories that have a big heart and take you places.”

Bailey was introducing the film at a special screening at the RBC Black History Month Celebration held at the TIFF Bell Lightbox in Toronto on February 16.

He said the film was launched at the festival last September and it has been playing at that venue since November.

“What’s been really remarkable is how people have discovered this film and come to it, and then come back to see it again, sometimes bringing their friends, their loved ones. It’s a film that takes you on a journey and some people find it very, very, moving.”

Bailey said part of the thrill of “Moonlight” is that process of discovery. He noted that it is Black History Month in which “we’re celebrating and exploring the history of the African contribution to this city, this country, this continent. And one of the things I find most interesting about watching this movie, “Moonlight,” is to see the story that it tells from that perspective.”

“This is a film that is set not in the immediate present but a while back when in South Florida crack cocaine was an epidemic in communities. And was introduced as a way to sell faster, cheaper, more lethal drugs, much in the same way that heroine is destroying a lot of communities now in the US and opioids are generally, but back then it was crack cocaine.”

The TIFF artistic director noted that the writer of the screenplay and the play upon which “Moonlight” was based and also the director of this film were both living in families that were affected by crack cocaine.

“Barry Jenkins is the director of the film. His mother was addicted at a certain point in her life and so that history is a part of the foundation of this film,” he said.

Bailey said there are other things going on as well and what he found most remarkable about this film is the layers that overlap in it.

“In movies we often see tough guys who are black. Denzel Washington won an Academy award for playing a badass cop-criminal in “Training Day” and that image of the tough guy, the hyper-macho guy, the black thug, to use that word, is something that we’re very familiar with from movies and TV shows. You will see that explored in this film but from a brand new perspective and it opens up that stereotype in interesting ways, as the film does with the stereotype of the drug addict.”

Bailey said the film is about some of these things but it takes the viewer in new directions.

“When I first saw this film I was on the verge of tears, mainly because I had never seen this story told in moves before and I watch hundreds of movies every year. I’ve seen probably tens of thousands of movies by now. I’ve been doing this for a long time. But what you see in this movie is a portrait of characters who are usually on the periphery of other movies, who are usually playing the villains, the secondary characters, or just background, and you see those characters brought to front and centre, to the centre of the screen, and you see their lives illuminated through great artistry.”

The artistic director said this is what they try to do at the festival and everything they do at TIFF.

“We try to take you places through film that you maybe had never been before to show you ways of looking at the world that you might not have had a chance to see before and through that we hope that that will illuminate the life outside of the movie theatre. We hope that after you’ve seen “Moonlight” you’ll go out and you might look at your world, you might look at people you pass on the street who are strangers to you in an entirely new way. And that process of transformation is really what we’re all about.”

In her welcome remarks, Kris Depencier, RBC regional president, Greater Toronto said one of the reasons RBC was proud to partner with TIFF was because “TIFF brings a diverse range of films and perspectives to Toronto from around the world all year long.”

Regarding the choice of screening “Moonlight,” she said, “It’s not really an indie flick but we chose it because it represents a shift in how the Black community has been portrayed in how they have participated in film over the years.”

Depencier noted that the fact that the film is nominated for eight Oscars later this month made it a really great choice for the evening.

“But much like our nation’s past the film industry has really in their historical depiction of black men and women not been a point of pride. And while this has evolved in a more positive direction over the past 40 years there is still a lot of room for improvement. And I think continuing to make progress, both in film and in Canada, matters. We all benefit when we gain a truer appreciation and understanding of the many threads that make up our national fabric.”

Thirty Grade 12 students from across Canada -- winners of the RBC Black History Month Essay Competition, now in its eighth year – were presented with scholarships ranging from $500 to $5,000.

[A story about the RBC Black History Month Student Essay Competition winners will be published in the North American Weekly Gleaner and Pride News Magazine.]