Memoirs and Biographies: A case for more by women/about women

Since being told that entrepreneur and activist, Denham Jolly, has written his memoir, “In the Black: My Life,” which will be published by ECW Press in February 2017, I’ve been thinking about memoirs and biographies I’ve read about several Black/Caribbean/African Canadians. Looking forward to reading Denham’s book and interviewing him about it.

I’m also thinking that there needs to be more such books written by women from our community who’ve been trailblazers and/or books written about these women.

Earlier this year, I was glad to see in the Akua Benjamin Legacy Project launched at Ryerson University the names, Gwen Johnston (Third World Books and Crafts) and Marlene Green (The Black Education Project). I knew more about Gwen than Marlene. There seems to be a dearth of books about women like these who played a pivotal role in black activism in Canada. Where are the books about Akua Benjamin, Juanita Westmoreland-Traore, Jean Augustine, Ettie Roach, Margaret Gittens, Sherona Hall, Zanana Akande, and others? Already, I’m hearing the quip from a friend – “write it.”

I read Rosemary Brown’s autobiography, “Being Brown: A Very Public Life,” published in 1985 (also out of print), just before interviewing her in the early 2000s. Rosemary -- a politician, mother, educator, social activist and feminist -- died in April 2003. She was Canada’s first black female member of a provincial legislature and first woman to run for leadership of a federal political party.

In my bookcase, I have Dionne Brand’s “A Map to the Door of No Return: Notes to Belonging.” Inside of it is a flyer promoting the launch of the book on Friday, September 28, 2001 at Toronto Women’s Bookstore (remember that store?). I enjoyed interviewing her about her autobiography. Dionne is such a profound writer that I have several of her books.

I also have Althea Prince’s “Being Black,” Lillie Johnson’s “My Dream,” and Lynette Roy’s “Three Caribbean Women in Canadian Politics” edited by Hanna Miller. It features Jean Augustine, Anne Cools and Hedy Fry. These are all women I’ve interviewed about their lives on different occasions.

My yearning is to read more memoirs by Black/Caribbean/African Canadian women who were/are involved in various aspects of social justice and human rights advocacy.

As soon as I heard that Denham’s memoir would be published soon, I went looking through Bromley’s book to see what he wrote about him. Bromley documents Denham’s role in protests against the police shootings of Buddy Evans and Albert Johnson. There is also information there about the roles Al Hamilton, Dudley Laws and Charles Roach played in those actions.

I need to know more about the women who were involved in those protests too. My heart smiled when I read, “A Black Man’s Toronto, 1914-1980: Reminiscences of Harry Gairey,” edited by Donna Hill.

In it, Harry documents the role that Donna, a white woman, played while at the Toronto Labour Committee for Human Rights in challenging discriminatory practices of CP Railway. As a result, nine black porters, including Stanley G. Grizzle, applied for the position of conductor, which seemed to have been the preserve of white people.

Donna’s husband, Daniel G. Hill, a black man, was the first director of the Ontario Human Rights Commission, appointed in 1962, and one of the founders of the Ontario Black History Society, becoming its first president.

Please share any information you have of memoirs and/or biographies of Black/Caribbean/African Canadian women or their allies who were/are involved in the struggle against racism, in particular anti-black racism, sexism, discrimination and other injustices. 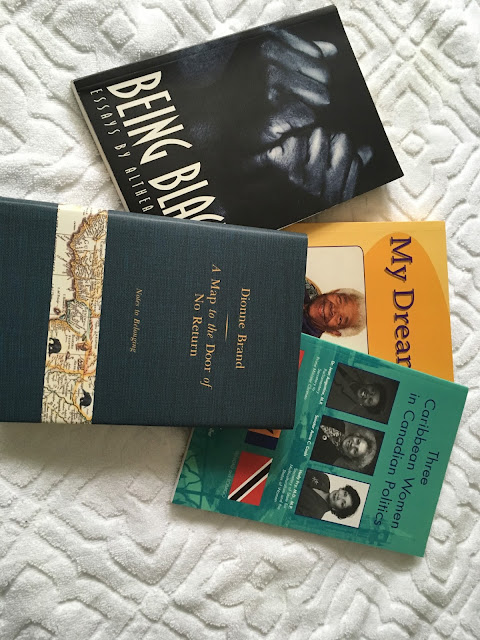 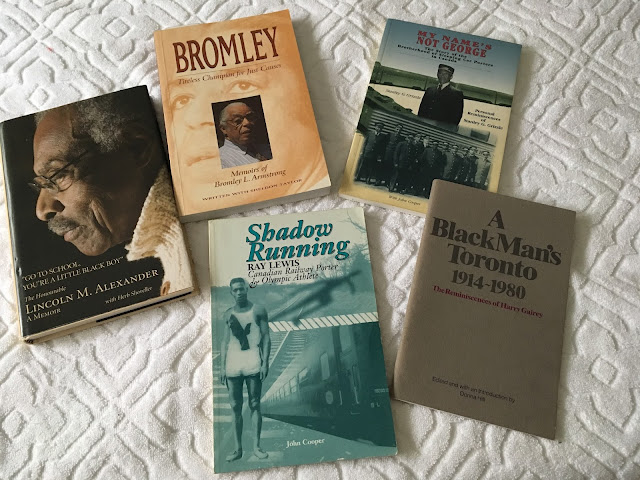